Earlier this summer and I read and adored Lynn Cullen's historical novel Reign of Madness. Please read on to learn more about Ms. Cullen's writing process, Reign of Madness, and her next project. (I'm already dying to read it!). 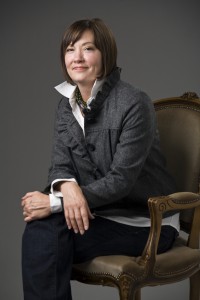 The first story that I remember writing was about a bear that ate so much honey that he had to roll home in a barrel. I was around six and hadn’t heard of Winnie the Pooh. I thought I was very clever and original, and didn’t worry too much about explaining how this barrel conveniently happened to be on top of the hill where the honey was.

I like to get started after a “run” (if I can call my slogging along that) or walk by reading the work I’d done the previous day. I usually can’t resist rewriting that, and so an hour or two later, I begin on the new passage to be done. I write at the pace at which I “run”—slowly. I don’t work from an outline although I do jot down on a Post-it note or some other scrap of paper what I need to achieve in the chapter upon which I’m working. I also have a rough idea of how I’m going to end the book, so I carry that with me in my mind as I inch toward my goal. I’ve based many of the characters in my last few books on paintings and/or painters, so I keep the books with these paintings nearby for reference and inspiration. I work every day—I love writing!—unless I’m in Europe doing research or at my daughter’s, playing with my grandchildren. 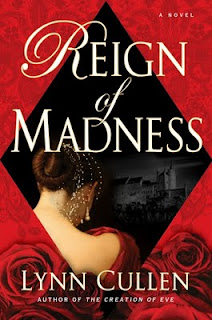 Was Reign of Madness the original title of your book?

Yes! The book had no title for the first several months that I was working on it. During this time, my agent, my editor, and I would email each other with suggestions. I had floated out winners such as “Beauty and Madness,” “Age of Discovery” or “Madness of the Queen” until my editor said, “How about Reign of Madness?” All of us immediately loved it and that was that.

As you were writing Reign of Madness, was there a particular scene or character that surprised you?

As I mentioned, I don’t work from an outline so each new chapter comes as a bit of a surprise to me. I was particularly startled by Juana’s mother, Isabel, in the scenes where she tries to reach out to Juana. She wants so badly for Juana to see her not just as a mother, but as a woman, complete with flaws but with strengths, too. I was very interested to see how vehemently Isabel yearned to have her adult daughter understand her. This might be because I have three adult daughters….

Do you have another project in the works, and if so, can you tell us about it?

I’m working on a book about how Dutch Golden Age painter Judith Leyster, the first woman to ever have her own workshop, might have influenced Rembrandt. It has entailed many trips to Amsterdam and Haarlem—yes!

Play with my granddaughters! I also love going on research trips, where I haunt the palaces and towns where my characters lived. I’ve been to the location of every scene in Reign of Madness. Some people collect stamps; I collect scenes for my books.

I’m just finishing The Paris Wife. I think Paula McLain did a masterful job of evoking Jazz-Age Paris and Europe. I bet she had a lot of fun doing her research.

My thanks to Ms. Cullen for her time answering all my questions. Learn more about Lynn via her website and Facebook. You can find more reviews of her book by checking out the other blogs on the tour.
Labels: * interviews