- February 27, 2012
From the first line, I was completely taken by Nancy Bilyeau's intriguing Tudor novel, The Crown.  Following a noblewoman-turned-nun, this novel had everything I adore in a good book.  I'm excited to share my interview with Nancy Bilyeau, so read on to learn more about her writing, her book, and what she does when she's not reading.  Bonus: giveaway! 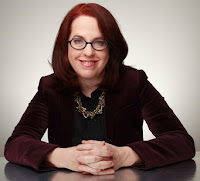 I wrote stories in high school but I don't remember any of them now. Then there is a huge gap until I attempted fiction in the last seven years. My first novel is The Crown. But before that I wrote a short story in a Gotham Writer's Workshop class. The plot revolved around an American woman going to a cabin on a lake in Canada with her Canadian boyfriend to meet his family. Because it's me writing this, there are rivalries and drinking and illicit sexual encounters and finally a drug overdose. LOL.

Not ritual exactly, but I like to wake up very early--before dawn-- and have a strong cup of Earl Gray tea and get to it.

You've written for magazines like Rolling Stone and Entertainment Weekly, and have also written a number of screen plays. Why the move to novels and was it a hard transition?

I love screenwriting but I was frustrated by constrictions of length and how much I could dive into character. So I decided to go back to my first love, of writing fiction. For me it was easy to make the transition and I used some of the techniques learned in screenwriting in my novel. On the other hand, I can write a screenplay in a few months. Novels take much much longer. As for why leave magazines, I wanted to tell stories and craft characters. And I wanted to create something of my own, rather than deliver work to various corporations. I mean, my books are published by big corporations but I am the person responsible for them, not one member of a huge team that works on something that churns out every month or week. 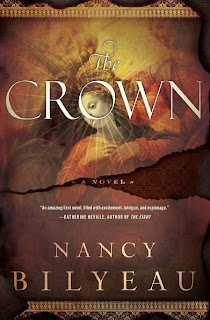 Was The Crown the original title of your book?

No, my title was The Last Nun. The publisher changed it.

As you were writing The Crown, was there a particular scene or character that surprised you?

The character of Brother Edmund kept surprising me. He sort of took over and became his own person. Readers have had interesting responses to him, too. One woman I know wants to wear a "Team Edmund" T-shirt. Ha.

Go to the movies. Take long walks while listening to my music. Do things with my children. My son really loves Chinese food these days so our mother-son activity has been finding different restaurants for Sunday Chinese brunch. His quest is to find the perfect won-ton soup.

Right now I'm about one-third of the way through Robert K. Massie's biography Catherine the Great. It's amazing! He makes everyone so incredibly interesting and I love his psychological insights. 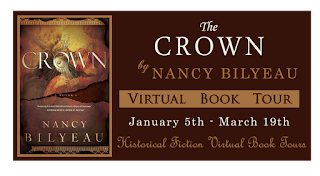 I'm thrilled to offer a copy of The Crown to one lucky reader! To enter, fill out this brief form. Open to US readers only. Ends 3/9.