October 17, 2012
Earlier in the month I read and greatly enjoyed Ironskin, a gothic-y fantasy with Jane Eyre elements twisted in a fun and novel way. I'm delighted to share my interview with Tina Connolly, who shares her writing rituals, tidbits about Ironskin, and what she does when she's not writing. Don't forget to enter the giveaway for Ironskin! 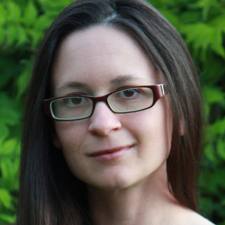 Well, I wrote a couple (extremely short) plays when I was a kid. The very first one was about a leprechaun and it didn't have any dialogue.

I realized this was problematic when I handed the parts around to my friends to act out. In junior high I wrote a whodunit called "Who Stole the Cookies From the Cookie Jar" that parodied me and my three friends performing it. As I recall, two of the caricatured parts went over well, but the third friend was not so happy, alas. (This was the beginning of realizing I was too tenderhearted to be a comedian.)

Not so much, though I do like to write on my itty-bitty laptop with the weird trackpad, because pretty much all I can do on it is write.

Back before there was a baby—now toddler—I liked to have a nice space of time to write in, like three hours. And since then I've learned you have to write when you have any time at all, even fifteen minutes during a last bit of nap.

Was Ironskin the original title of your book? 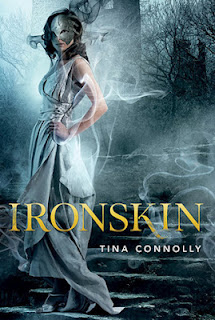 Yes! I knew it had to be the title from very early on, and luckily no one suggested it be changed. That said, Ironskin actually grew out of a novella, and the name of that story was Skin and Tar. And THAT'S because originally Jane wasn't wearing an iron mask, but a version of the tar paste she gives to Dorie, smeared over her cheek. This was one of the first things to go when I set about turning the story into a novel. (I mean really, can you imagine *that* cover? 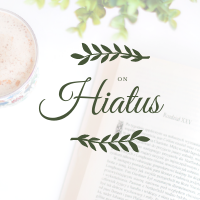