- July 29, 2013
Earlier in the month, I reviewed Ania Szado's Studio Saint-Ex, her inventive novel about famed pilot and author Antoine Saint-Exupéry, his wife, and a young fashion designer who becomes embroiled with the couple. I was so taken with it -- it totally changed my perception of Saint-Exupéry! I'm thrilled to share my interview with Ms. Szado about her book and interests outside of writing. 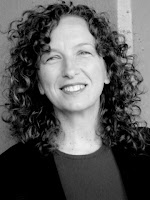 My early plots involved a lot of galloping, shooting, and tying up bad guys—my brother and I had cowboy action figures as kids, and I used to write about their adventures. My first adult stories were more low-key. One of them, for example, was about a girl in a bathtub gaining insight into her mother's suicide. I'm much more focused on plot now than I once was.

Depending on what stage I'm at in a manuscript, my routines range from intense procrastination (which is excruciating!) to intense immersion in writing retreats of up to a month, with 15 to 20 hours of work daily (blissful). But there are a couple of common factors. One is black coffee. First thing in the morning, I think about the story as I brew coffee, then I sit down to read what I wrote the day before. I jump back into writing by beginning to tweak and cut. The other common aspect of my routine is to alternate between laptop and notebook. I write and edit on the laptop, working until I hit a wall or a question. Then I take up my notebook and write about the problem I'm facing. I write the answer, too—or many possible answers, contradicting myself, figuring things out as I go. I might ask, for example, "Why do I want X to do Y?" or "What am I writing about?" or "How might Y meet Z?"

Was Studio Saint-Ex the original title of your book? 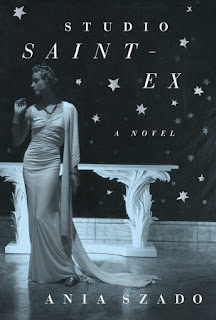 It was. I made a long list of possible titles, many of which referred directly to elements of The Little Prince (which the author Antoine de Saint-Exupéry is writing in my novel), but other than Studio Saint-Ex, they all seemed too soft and romantic, or were too long or misleading. "Saint-Ex" was one of Saint-Exupéry's nicknames. I wish he had spelled it "St. X" or "St. Ex"!

As you were writing Studio Saint-Ex, was there a particular scene or character that surprised you?

Mig's brother Leo developed in ways that I didn't expect, and I didn't think I would become as fond of him as I did. It surprised me that he began to have his own dreams about the role Saint-Exupéry could play in his sister's life and in his own. That remains a fairly subtle part of the story, but I keep thinking about it, about what Mig calls "the admiration of man for man."

Reading is high on the list of pleasures, but I also love to do physical things like multi-day canoeing, hiking, and camp trips in the backcountry—and I especially love paddling. My friends call me Gadget Girl because of my soft spot for solar, manual, and lightweight outdoor gear. I'm an on-again off-again runner and indoor climber. I enjoy fixing things and doing small renovation projects. On the less strenuous side, I paint a little and want to do more. It's what I used to do—I went to art college before I became a writer.

Yes, from all over the genre map. In historical fiction, Z by Therese Anne Fowler. In crime-busting "country noir," Crow's Landing by Brad Smith. Before that, Steinbeck's Of Mice and Men. I'm currently a few chapters into The Man Who Walked Through Time: The Story of the First Trip Afoot Through the Grand Canyon by Colin Fletcher. I'm also reading about artists as research for my next novel.

My thanks to Ms. Szado for her time and thoughtful responses. You can learn more about her and her books at her website, and get in touch via Facebook and Twitter.

I'm thrilled to offer a copy of Studio Saint-Ex to one lucky reader! To enter, fill out this brief form. Open to US/Canadian readers, ends 8/2.