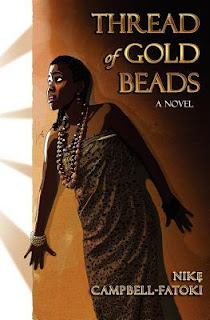 Do I like the cover?: I do -- it's unusual -- very dynamic -- and depicts a moment of tension and terror which I don't think one sees often on covers.

First line: The day I became the princess of Danhomè Kingdom began like any other day.

Why did I get this book?: I couldn't pass up this one with the unusual locale.

Review: Set in the 1890s, Campbell-Fatoki's novel takes place in the African kingdom of Danhomè (now Benin), following Amelia, the beloved daughter of King Gbèhanzin. When her father suddenly ascends the throne, Amelia finds herself the focus of violent attentions -- made worse when her mother's closely kept secret comes out. As this court drama unfolds, the kingdom waits to see if they'll be going to war against the French.

The historical events in the novel -- the conflict with the French -- provide an overarching plot, but at the heart of this story of Amelia's coming-of-age, a bold young woman growing from child to adult in a suddenly tumultuous time. Hot-headed and loyal, Amelia finds love as her family is blasted apart when the French invade, and in an instant, Amelia's life is transformed. (I hesitate to say too more as I don't want to give away the surprise direction the novel takes -- not apparent from the book's blurb -- as it was remarkable, heartbreaking, and fascinating.)

Campbell-Fatoki's writing style is clear and straightforward, and she easily evokes the world of late 19th-century Danhomè court life, with its intrigue, cattiness, religious tensions, and war-mongering. The unusual setting is rich with surprising historical details, like Danhomè's all-women military body, and I loved reading about this time and place so rarely seen in fiction.

Occasionally I found the narrative style confusing and slightly obfuscated; for example, the author establishes a shocking secret for Amelia's mother, which Amelia learns, yet we the reader are kept in the dark for what seemed like a needlessly long time. There's intense drama and conflict very early on in the story, and yet it isn't made clear why there is drama, and for me, it deflated some of the tension as I felt confused.

In the end, however, this is a rich novel of a place and people transformed by war, the violent transition from one era to another, and the very real, resonant story of a young woman's journey toward safety and happiness.

I'm thrilled to offer a copy of Thread of Gold Beads to one lucky reader! A paperback or e-book copy is available, choice of the winner! To enter, fill out this brief form. Open to US and Canadian readers, ends 10/18. 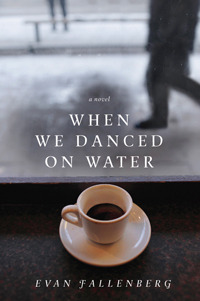