The Sixth by Avery Hays 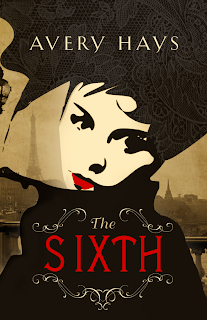 Rating: Okay to liked.
Did I finish?: I did!
One-sentence summary: In 1910, Florbela Sarmentos, a Portuguese expat with a classical training in painting, moves to Paris' infamous sixth arrondissement where she finds love, scandal, political intrigue, murder, friendship, and mayhem.
Reading Challenges: Historical Fiction, Immigrant Stories

First line: On the fifth of April in the spring of my twenty-first year, all the world was turning nervous eyes toward my native Portugal, gazing aghast as she teetered giddily between the abyss of anarchy on the one hand, and that of totalitarianism on the other.

Buy, Borrow, or Avoid?: Borrow or buy if you like novels set in Paris,

Why did I get this book?: Love early 20th century Paris.

Fresh from her classical arts training in England, twenty-one-year old Florbela Sarmentos arrives in Paris with the address of an artists boarding house. Her father, a famed Portuguese writer, is a political prisoner at the hands of Portugal's infamous King Manuel II, and immediately upon her arrival at La Ruche, she is thrown into chaos, drama, and danger. Her new neighbors include artists Diego Rivera, Angelina Beloff, Amadeo Modigliani, and exiled politico Vladimir Lenin; her new roommate is a waifish and odd teenaged sculptor. Waiting for her are two revolutionaries acting as messengers for Florbela's father, with a message from him: an assassin is out for her, and she must seek out a British Freemason to help her, and thus, him.

While there's a sense of everything-but-the-kitchen-sink in terms of plot at the start, the story settles down from breakneck to simply racing, populated with a wild cast of characters familiar to those who enjoy modern art and narrated by a loyal, wide-eyed young woman.

The opening sentence -- On the fifth of April in the spring of my twenty-first year, all the world was turning nervous eyes toward my native Portugal, gazing aghast as she teetered giddily between the abyss of anarchy on the one hand, and that of totalitarianism on the other. -- gives a taste of Hays' writing style which was reminiscent to me of some Victorian-ish literature: a little ornate, a little wordy, very melodramatic. Our narrator Florbela is remarkably innocent, protected by guardians most of her life, and her account of the events are touched with wonder, determination, and optimism.

There were moments when I found the book veered a little into Mary Sue territory, as Florbela is credited with styling Russian painter Moishe Shagalov as Marc Chagall while painter Fernand Léger is among her impassioned, devoted suitors. Still, I was charmed by her, and the narrative style felt 'true' to Florbela's character. She, thankfully, doesn't go from innocent to vamp in a matter of chapters, but remains a composed young woman plunged into a froth of decadence and danger.

On her website, Hays has a letter written by Florbela from the 1960s that acts as a kind of Afterword, which I enjoyed, but the novel doesn't lack anything by its lack of inclusion, and readers are left with a nice, satisfying (if not dramatic) conclusion.

The publisher has generously given me a hardcover copy of The Sixth to offer to one lucky reader! To enter, fill out this brief form. Open to US and international readers, ends 11/22.