- December 11, 2013
Janice Law wrote one of my top ten reads of 2012, Fires of London, and I was delighted by the sequel, The Prisoner of the Riviera. I'm thrilled to share this interview with Ms. Law, who talks about her writing, why she chose Francis Bacon as her protagonist, and what she's been reading lately. Be sure to enter the giveaway to win her two Francis Bacon mysteries! 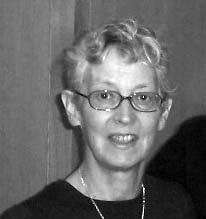 The plot of my first novel was, believe it or not, based on the then-ongoing Watergate hearings. I kept thinking that some underpaid secretary must know what was going on. My underpaid secretary became Anna Peters and I moved the plot and cover-up to a big-oil firm— not the smartest move because I had to keep researching the petroleum industry, about which I knew nothing.

When I am writing I try to write every morning except Sunday when I go to play duets with an old friend. To save my voice, frazzled from many years of teaching in large classrooms, I have High Quality Bruce on the Apple voice-synthesizer read my work. For many years Bruce had a faintly Swedish accent and now in my inner ear, I hear all my work in his tone. Rather odd!

What inspired you to write mysteries featuring Francis Bacon? 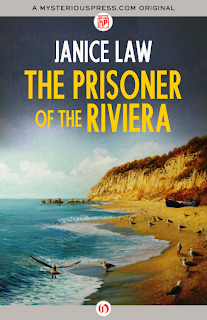 I happened to read Michael Peppiatt’s fine biography of Francis Bacon and the idea just came to me, although in general I do not like the idea of making detectives out of the famous. But Bacon stuck in my mind, perhaps because I am a quite serious painter myself. The vast differences between his life and mine and between our personalities deterred me for a while, until I learned that he lived with his old nanny. That fact decided it, because I grew up downstairs on a big estate and that was a relationship I figured I understood.

Was The Prisoner of the Riviera the original title of your book?

I think The Prisoner of the Riviera was my initial idea. Often I get either a plot or a good title but not both, but this time the muse smiled on me. I think I have a good title for the conclusion of the trilogy, too, as a matter of fact.

I paint a great deal and do a lot of drawings. I garden, play the violin (badly), and go birding.

I love almost everything by Kate Atkinson and enjoyed her Life After Life—also the new Fred Vargas, The Ghost Riders of Ordebec. Rachel Kushner’s The Flamethrowers was good and I really was impressed by Daniel James Brown’s The Boys in the Boat, about the American eights that won gold in the Berlin Olympics. Also Douglas Smith’s grim but enlightening Former People about the destruction of the Russian aristocracy (and middle class).

My thanks to Ms. Law for her time. You can learn more about her by visiting her website and you can connect with her on Facebook.

To enter, fill out this brief form! Open to US readers only, ends 12/20. Only one entry per person; do not enter alternate email aliases or emails belonging to other individuals.