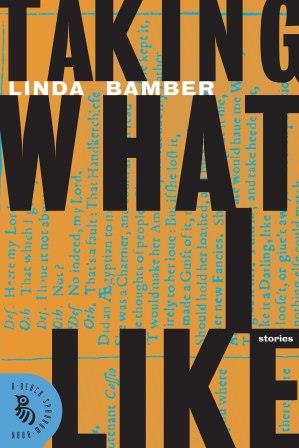 Rating: Liked.
Did I finish?: I did.
One-sentence summary: Eight short stories play with Shakespeare, imagine teaching Jane Eyre interminably, and examine the emotional impact of a painting.

Buy, Borrow, or Avoid?: Borrow or buy if you like short stories that play with literature's greats (Shakespeare and Jane Eyre).

Why did I get this book?: I like Shakespeare and stories that mess with great stories.

Review: This collection of eight short stories touches upon, reimagines, wrestles with, and are inspired by Shakespeare, Jane Eyre, and Thomas Eakins' painting, The Gross Clinic.  Funny, emotional, knowing, meta, and geeky, they read quickly but invited meditation and musing, whether one is a casual reader of some of the greats of the Western canon or a devoted fan.

The opening story, 'Casting Call', has the characters of Othello reincarnated, in a way, as professors in an English Department at a small university. Juxtaposing their shared collective past with the process of hiring a new faculty member, the story is both outlandishly silly and sweetly poignant, as Desdemona is tasked with ensuring their new colleague is more 'diverse'. Iago can't resist some behind the scenes machinations, and Othello's jealousy is provoked, but this isn't merely a re-imagining of the famed play -- Bamber gives Desdemona chance to name the horror that happened to her, which I found especially satisfying.

Her 'Time to Teach Jane Eyre Again' had me cackling with delight; one of my best friends teaches Jane Eyre yearly to high school students, and it's a beloved favorite of hers.  (Sadly, not one of mine!)  The way Bamber describes the process -- the boredom and joy of going through the same text, year after year -- and the resulting conversation is fascinating and illuminating.  (It made me especially sure I'm going to read Jane Eyre this year.)

'An Incarnation of Hamlets' is another favorite piece, although I can't tell how fictional it is. Inspired by a real This American Life radio piece on the use of Shakespeare in prisons, Bamber's story includes Q&As with the play's characters, asides about the play's action, and biographical snippets and interviews with the prisoners involved.  Despite my loathing for Hamlet, it made me appreciate the play a little!

Delightfully, being unfamiliar with the source material isn't a hindrance to enjoying Bamber's stories as she includes enough background to understand where she's going. (For example, 'Playing Henry' is about a bunch of Shakespeare's history plays, which I've never read/seen, but I certainly understood the struggle Bamber's heroine had with working with her part, the tension with her father, the yearning to be really good at something.)

I think this volume would have wide appeal: English majors and lit geeks will find a kindred soul here, as well as readers who enjoy fiction that isn't neatly contained.  This would make a wonderful book club pick, too, especially if read in tandem with any of the works mentioned.  Needless to say, I want to read all the plays mentioned in this volume, if only to experiment myself with taking what I like from them.
* book reviews book rating - liked