Napoleon in America by Shannon Selin 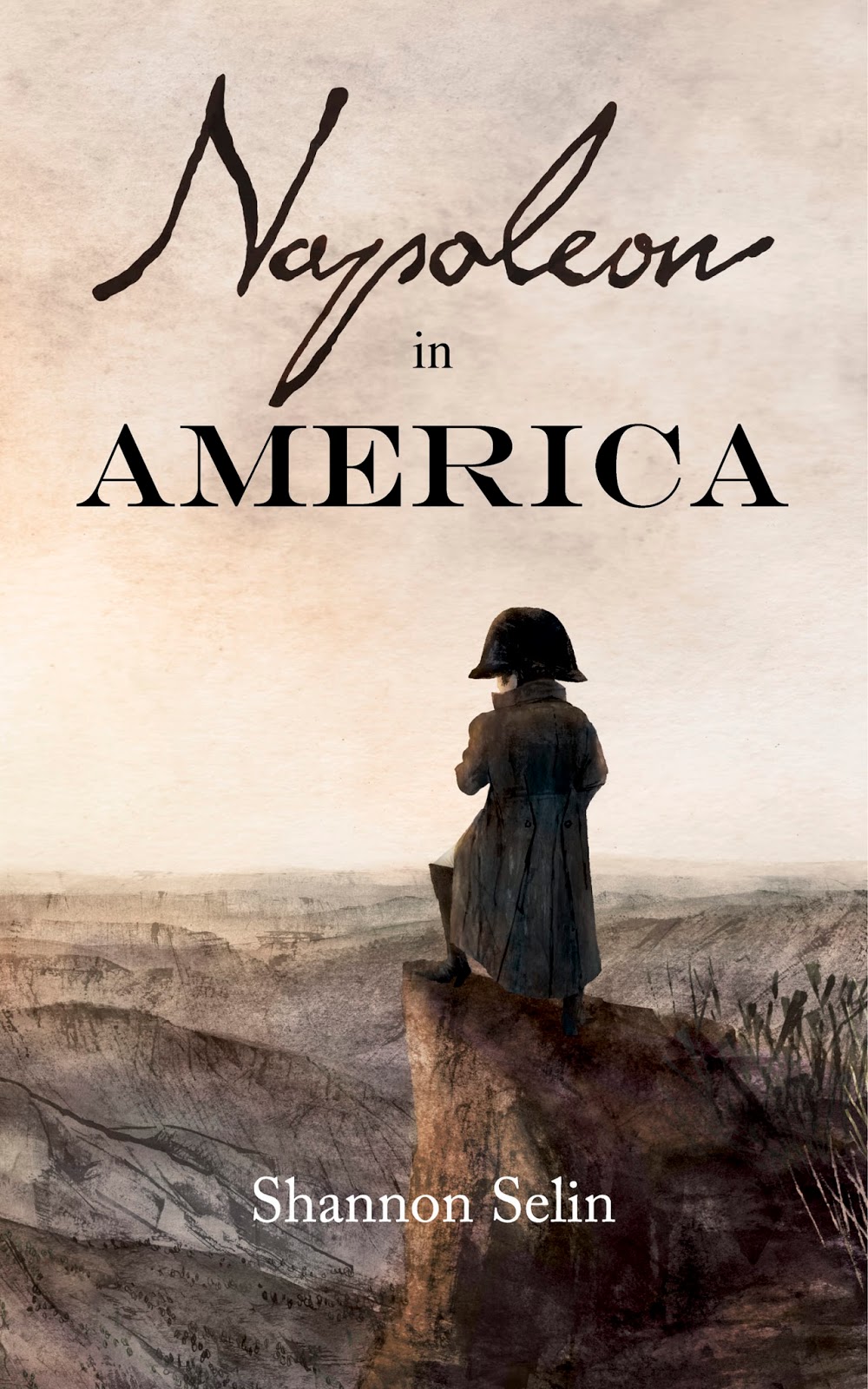 Rating: Liked a great deal.
Did I finish?: I did.
One-sentence summary: An imagined year when Napoleon escapes his exile and rouses an army in the US, bound for Mexico.
Reading Challenges: E-book, Historical Fiction, What's in a Name?

Do I like the cover?: I adore it. It's reminiscent of the Francois-Joseph Sandmann painting of Napoleon in exile.

First line: As sun broke over the black wart in the Atlantic, a banging on the door disturbed the island's governor at his toilet.

Why did I get this book?: I love novels about Napoleon.

Review: This inventive, engrossing novel imagines Napoleon's escape from his exile on the island of St. Helena in 1821 which lands him in America.  Reunited with former army officers and surrounded by sympathetic Americans, Napoleon repeatedly protests of his desire to be a simple citizen -- but the lure of a new kingdom, Mexico, becomes too much to resist.

I was immediately taken with this novel. Selin's writing style (you can read an excerpt at the author's website) sucked me in from the first page.

The narrative is peppered with diary entries, letters, newspaper articles, and other missives to round out the story as we experience it. (I just died of happy reading the diary entry by John Quincy Adams, then Secretary of State, wrestling with the news of Napoleon's request for asylum.) The feel of the book is slightly 19th century, which I enjoyed; the writing is wordy and philosophical.

More than once, I had to remind myself this was wholly fictional, not a fictionalized account of events that really happened. The strength of this book comes from Selin's ability to keep this story from being ludicrous, despite the outlandish plot. Her Napoleon is slightly delusional and very ambitious, surrounded by supporters and allies who bolster and encourage him.  Every decision made felt realistic and possible, and I read hungrily to see just how things would end. (I found myself kind of rooting for Napoleon to be successful!)

Included are two pages of sources and seven pages of who's who. There's no historical note as the events of the novel are entirely fictional; historically, Napoleon dies in May of 1821, without having escaped from St. Helena, while Selin starts the novel just a few months earlier, in February.

A fantastic read for fans of French history and those who like 'what if' kind of stories; any fan of Napoleon will want to read this, too, and imagine a world where this might have happened.  Those new to speculative fiction should give this a try -- it's dangerously addictive!
* book reviews book rating - liked