- June 13, 2014
Yesterday I reviewed Laura Purcell's marvelous historical novel of "mad" King George, his wife and daughters, Queen of Bedlam.  It was a fascinating look at a royal family I know nothing about, and had the best kind of drama: medical maladies, love affairs, heartbreak, mother-daughter relationships, husband hunting... I'm delighted to share my interview with Laura Purcell, so read on to learn more about her, her current novel, and what she does when she's not writing.

It gets very confusing, I will give you the simple version! It was a Regency romance about two sisters and their summer in Bath. The elder Sophie was the parents’ favourite and had been tacitly engaged to her soldier cousin since birth. The younger Caroline was the beauty and soon started to attract attention at the assemblies. To cut a long story short, it was a riot of crossed wires. Everybody fell in love with the wrong person, or thought someone liked them when in fact they were after the other sister. In the end, Caroline married the soldier cousin and Sophie married one of her sister’s discarded suitors.

I tend to write whenever I can grab a spare moment, so there aren’t any set routines. However, I insist on a constant stream of coffee to get me through! I also have lots of historical notes, so I like to keep these to hand as I write. 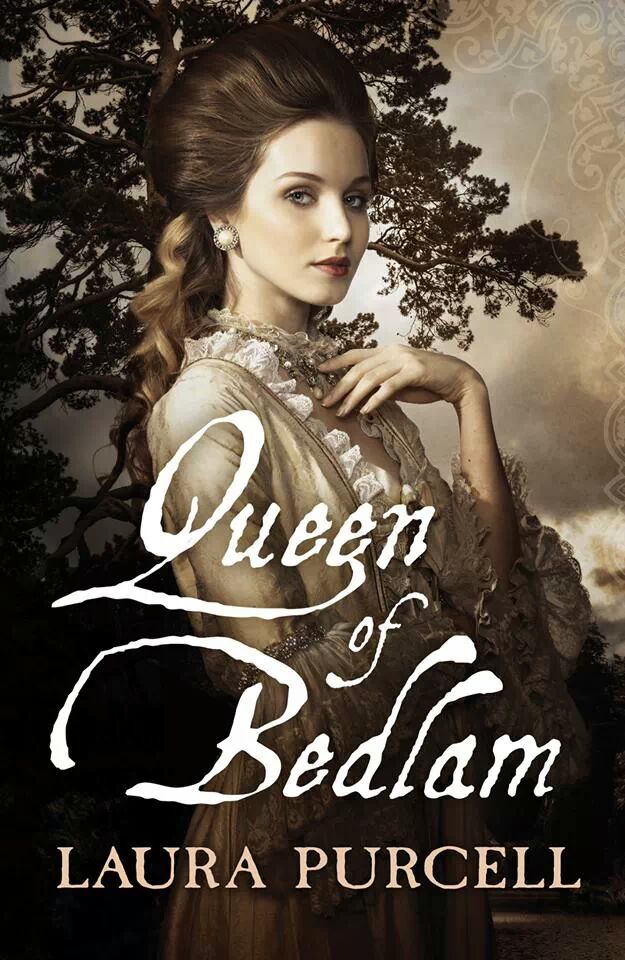 Was Queen of Bedlam the original title of your book?

No, it was originally called God Save the King. It then went through a phase of being referred to as simply Queen Charlotte before it finally transformed into Queen of Bedlam. My husband still wishes I had called it George 3, The Revenge!

As you were writing Queen of Bedlam, was there a particular scene or character that surprised you?

Yes, I was a little bit surprised by Sophia, one of Queen Charlotte’s daughters. She had a rebellious spirit and a sharp wit, but as I wrote about her life I found her becoming much more timid and vulnerable than I had suspected.

As you can tell from my first piece of fiction, I was always a big fan of the Regency era. I decided to write a story with a character who worked at court, so I bought lots of books about the King and Queen they would have worked for. Before I had completed my research, I found myself becoming obsessed with George III’s huge family and their lives. I started to feel like they were my friends. I realised I couldn’t write a character who worked for the Queen, as I would only make them weirdly infatuated with their employer! I started writing from the point of view of George III’s wife and daughters instead.

But questions arose that made me widen my period of research. What were his parents like and what effect did that have on his character? What happened to his grandchildren? The more I read, the more fascinated I became. I discovered so many amazing people with astonishing stories in the family tree.

They were, to my mind, more interesting than the Tudors, but hardly anybody knew about them! I decided I had to change that.

I read and watch films to relax. I am also an animal lover and spend a good deal of time looking after my pets. At the moment I have three lovely boy guinea pigs – I did have a whole herd of ten, but alas time has taken its toll on the little ones.

Oh yes! I’ve lately finished Sarah Waters Affinity, which just devastated me. I’m a huge fan of Waters but I never see her twists coming. I love that she can make me drop the book and scream ‘No way!’ The book I am currently reading is An Appetite for Violets by Martine Bailey. It’s about a Georgian cook who gets caught up in a mystery involving her mistress and an old jewel. It’s excellent so far.

My thanks to Ms. Purcell for her time and thoughtful answers.