Earlier this week I reviewed Lynn Cullen's Mrs. Poe, her deliciously gothicky novel of Edgar Allan Poe and poet Frances Osgood.  I just fell in love with Ms. Cullen's writing with her previous novel, Reign of Madness, and I'm delighted to share my second interview with her.  Read on learn more about Mrs. Poe, her other books, and what she does when she's not writing.

Thank you for this chance to chat, Audra. I’m a huge fan of you and your blog and am happy to be here with you today! So, to answer your questions: 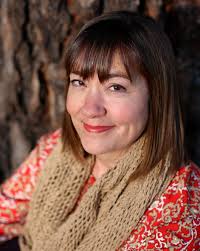 Was Mrs. Poe the original title of your book?

Mrs. Poe was the title before I’d even begun writing the book, which is not my usual experience with novels. I usually agonize for months before settling on one. I’m going through that right now with my work-in-progress. But I knew Mrs. Poe was this book’s title from the get-go, just as I knew the main character would not actually be Virginia Poe, but the woman who wished she could be the real Mrs. Poe, Frances Osgood. I had in mind the novel Rebecca, in which the main character was obsessed with her new husband’s first wife, Rebecca. Mrs. Poe isn’t told from Virginia Poe’s point of view, just like Rebecca is not the narrator in the du Maurier book.

As you were writing Mrs. Poe, was there a particular scene or character that surprised you? 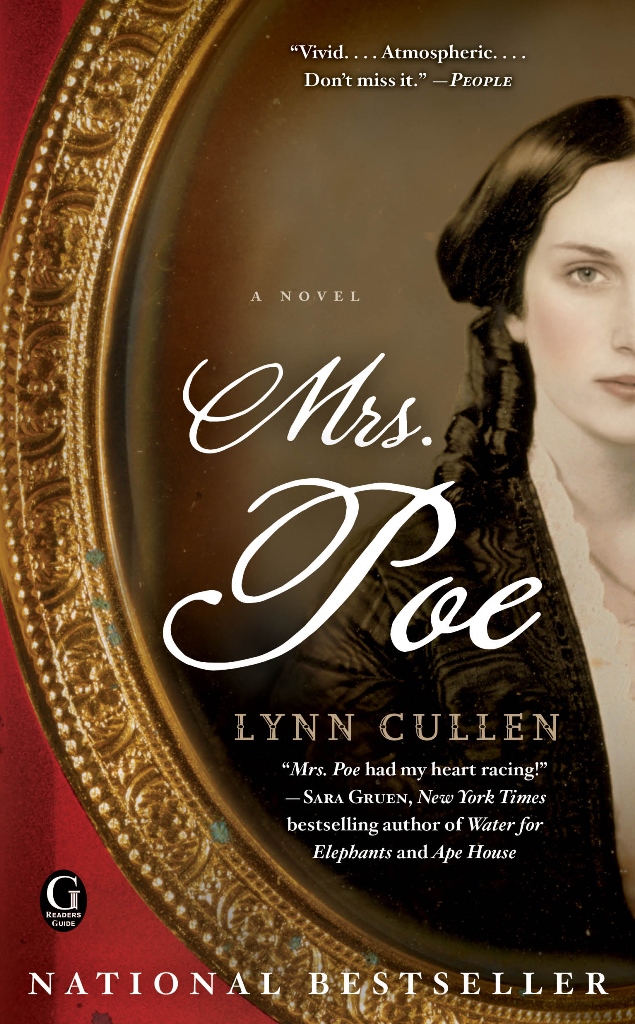 Two characters kept trying to run away with the book. One was Samuel Osgood. In real life, he was a total jerk for leaving his wife and daughters while he chased women, but darned if he didn’t keep trying to make me like him whenever he had a scene in the novel. Even though I knew he was a rat, his voice kept coming to me as someone charming. I let him have his way and be charismatic because I figured that’s how he must have got in all the ladies’ petticoats.

The other character who threatened to take over the book was Margaret Fuller. She insisted upon calling a spade a spade and didn’t care what people thought and I loved her for it. (As you see, if characters are really working, they become very real to me. It’s kind of spooky if I think about it too much.) Interestingly, these two were the main people to warn Frances of the cost to her emotionally and professionally of having an affair with Poe. I appreciated their candor, even from that rascal Samuel Osgood.

The heroines of your novels are so diverse -- painter Sofonisba Anguissola, Spanish princess Juana de Castile, Rembrandt's daughter Cornelia van Rijn, and most recently, poet Frances Osgood. Is there a common theme between these four women?

All four find themselves constrained by the roles they were called upon to play in their societies. Their limitations stemmed from being women—if they had been men they wouldn’t have had the difficulties they did. However, each of them finds a way to get what they want, although the price they pay is terribly steep. Sofonisba gets to be the first painter but sinks from view in history because she’s not allowed to lay claim to her work; Juana de Castile allows the men in the life to take the crowns she does not want but is locked up for 46 years because the menfolk fear she will take them back; Cornelia van Rijn learns to love Rembrandt van Rijn when it is almost too late; and Frances Osgood is finally creates a stir as a writer only after she is scandalously linked with Poe. They all should be broken by their experiences but remain hopeful. I am fascinated by their resilience.

Are you working on something now and if so, can you tell us about it?

I walk a lot, year ‘round, and hang out often with my daughters. Now that they’re grown up, they’re my best friends. A lot of our activities are based around kid’s play as the daughters now have four little ones. Evenings with friends and family tend to involve margaritas.

I also love to travel to research for my books although when I do, I stress about leaving our cats. I wish I could tell them that we’re coming back!

I loved Beautiful Ruins by Jess Walters. It’s a literary historical novel rolled up in a fun package. Frankly, that’s what I aspire for with my books.

Thanks for your great questions and for having me aboard, Audra. And may I ask, are you working on something now and might you tell us a tad about it? Inquiring minds want to know…

To answer Ms. Cullen's question (thank you for asking!)... Yes, I'm at work on a very, very, very muddy second draft of a historical novel.  I began it last fall when I went on sabbatical and spent five weeks mostly alone in western Massachusetts writing it.  (It's a hot mess.)  Taking place during the mid-1800s, it follows an abolitionist minister's wife from Cambridge who moves to Kansas with her husband to fight for the Free State movement.  When she is introduced to a pamphlet about birth control, she becomes embroiled in the politics of morality when she shares her knowledge with other women.  I'm in the midst of writing classes this year which I hope will help me clean up my draft; my goal is to nail down half of it before our baby comes!

My thanks to Ms. Cullen for her time and thoughtful answers (and kind question!).  You can learn more about her and her books at her website, and connect with her on her blog, Facebook, and Twitter.

I'm thrilled to offer a copy of Mrs. Poe to one lucky reader!

To enter, fill out this brief form. Open to US readers only, ends 7/4.