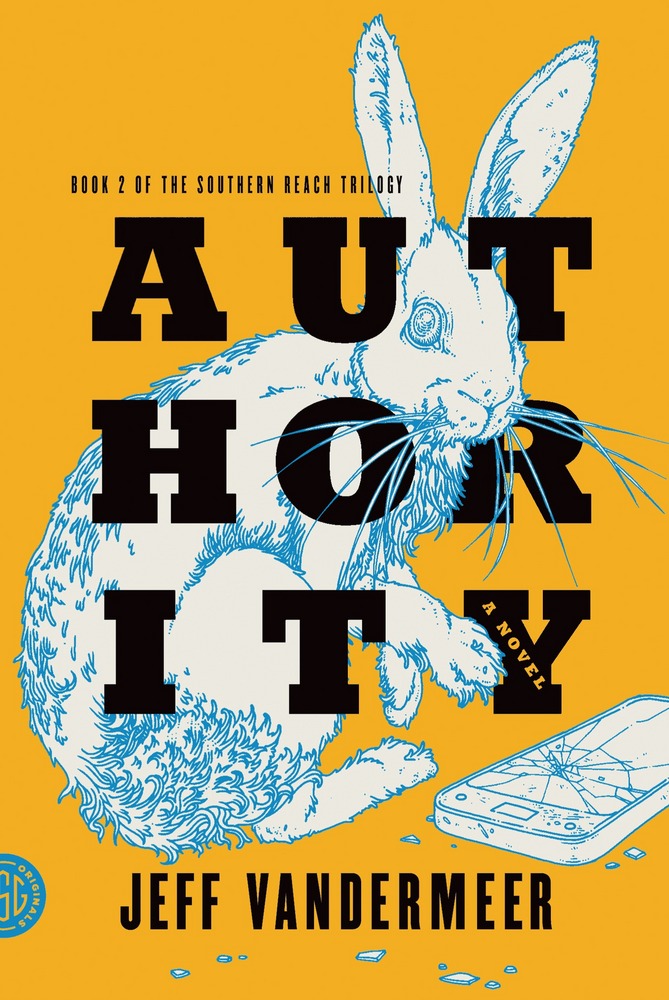 Rating: Liked.
Did I finish?: Yes.
One-sentence summary: The new director of the Southern Reach must untangle the events of the most recent expedition into Area X while also ascertaining what is going wrong with the employees at HQ -- and keeping sane when doing so.

Do I like the cover?: I do -- I love the cover design for the whole trilogy -- benign but creepy, with nods to the story.

First line: In Control's dreams it is early morning, the sky deep blue with just a twinge of light.

Why did I get this book?: I had to get it after the first one!

This is going to be a tricky review for me as there are things from the first book I don't want to inadvertently spoil, and let's be real, detailed recap of a second book from a trilogy one is unfamiliar with makes for boring reading.

John Rodriguez, called "Control", has become the new director of the Southern Reach. His job to dissect what happened with the last expedition, and make sense of what is happening in the area. His co-workers and subordinates are hostile, strange, and jumpy, and his work is a mix of sorting through bureaucratic layers as well as injecting new life into a stagnating agency.

But things aren't straightforward for Control; the strange, alien, hallucinatory world we experienced in Annihilation encroaches on the "ordinary" world Control inhabits, and like Control, we're left wondering what is in his head, and what is far more insidious.

Meatier than the first book (this one runs 341 pages, compared to Annihilation's 195 pages), this one occasionally dragged for me. There's more back story as we learn about Control's family, working history, and complicated relationship with his mother -- which does impact his work at Southern Reach -- but I found it a tiny bit slow at times, especially as I was consumed with wanting to know "the truth" about Area X. Still, the delightful creepiness comes through with this one, including a scene at the end so deliciously frightening, I still get shivery thinking about it. (I understand the trilogy has been optioned for a movie, and this scene will make everyone jump out of their seats!)

There's a smidgen of a cliffhanger at the end of this one, and I am biting my nails impatiently for the final book in the series, Acceptance.