Shadow on the Highway by Deborah Swift 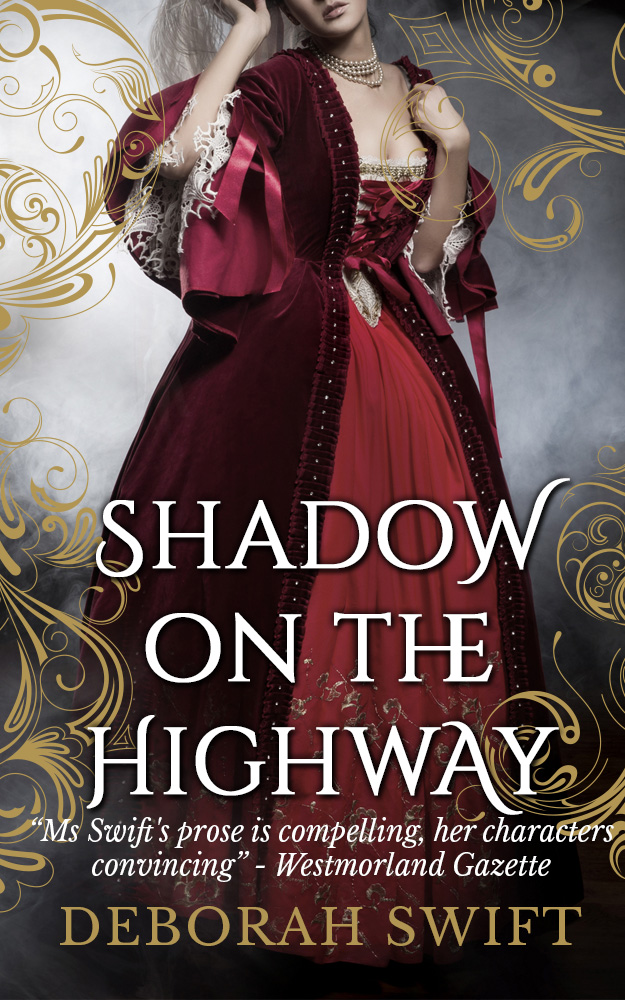 Rating: Liked.
Did I finish?: I did!
One-sentence summary: A young deaf woman becomes maid to the imperious Lady Katherine Fanshawe, but to her surprise, learns that her mistress has secrets and passions that put them both into danger.
Reading Challenges: E-book, Historical Fiction

Do I like the cover?: I do, although I don't think it precisely ties into the story.

First line: I knew why they had sent me instead of Elizabeth to Markyate Manor, though they thought I hadn't understood.

Why did I get this book?: I'm a huge fan of Swift's novels.

Review: This intriguing YA historical novel has Swift's usual deft use of historical background and unusual but strongly defined characters.  (My reviews for Swift's The Gilded Lily and A Divided Inheritance.)  Set in the 17th century in the midst of the English Civil War, the novel is the first in a trilogy, each book following one of the three leads.

Abigail "Abi" Chaplin is a cheap maid after she lost her hearing to childhood illness, and she's sent to Markyate Manor to work as a maid. Shocked to find the grand estate virtually abandoned save for a cranky cook and a vile overseer, she's even more shocked to find her mistress, Lady Katherine Fanshawe, is a girl her same age.

While cold and imperious at first, Abi and Katherine become unlikely allies when Katherine decides to pass herself off as "Kate", another maid. To Abi's horror, her brother Ralph is taken with Kate, and invites them to join in his Digger community -- a commune-like movement of tenants and farmers who organize to live on public land rather than as paid tenants for the local manors.

Against this social drama -- one that was totally new to me, and deeply fascinating! -- is the backdrop of war, and in particular, the way it impacted the local folks as the armies mustered and marched through town. Katherine's fortune and inheritance is stolen from her by her milquetoast husband and her brutal father-in-law, and she has to protect herself as best as she can.

At 200 pages, this is a quick read, but one that is rich with characterization and wonderful historical details. Although I wasn't a fan of Katherine -- I couldn't fathom why Abi liked her or what Ralph found appealing about her other than her beauty -- I appreciated the complicated relationship she and Abi had (and how it changed as time went on), and the rich mix of real life details with fictional ones. I also loved that there was a deaf main character; it's rare to see in fiction, especially historical fiction, and made for an even more interesting story.

As with Swift's other novels, there's a delightfully detailed historical note that more than satisfies. This is the first in a trilogy, but has a solid conclusion that doesn't require one to pick up the other two -- but as the following novels follow Katherine and Ralph from their viewpoints, I can't help but want to get them, despite my exhaustion with trilogies.

Fans of English historical fiction, especially the Civil War era, will like this book.  Although there's some romantic elements, this is really a novel about friendship, class, and identity (as well as forgiveness and patience).
* book reviews book rating - liked