Weekend reads and going on a babymoon...

- September 19, 2014
Tonight my wife and I are going on a "babymoon", a little weekend getaway before Little Reader arrives.  It was something we had wanted to do but didn't have strong feelings about what/where we would go ... until I learned that the famed artists residence, Yaddo, was offering a rare day of tours this weekend.

Our literary weekend will start with a drive out to the Berkshires, where we hope to tour Herman Melville's Arrowhead and Edith Wharton's The Mount, then we'll power on to Saratoga Springs, New York, for our Yaddo tour.  I'm so excited -- my wife and I love road trips, and we're geeks about bookish tours. 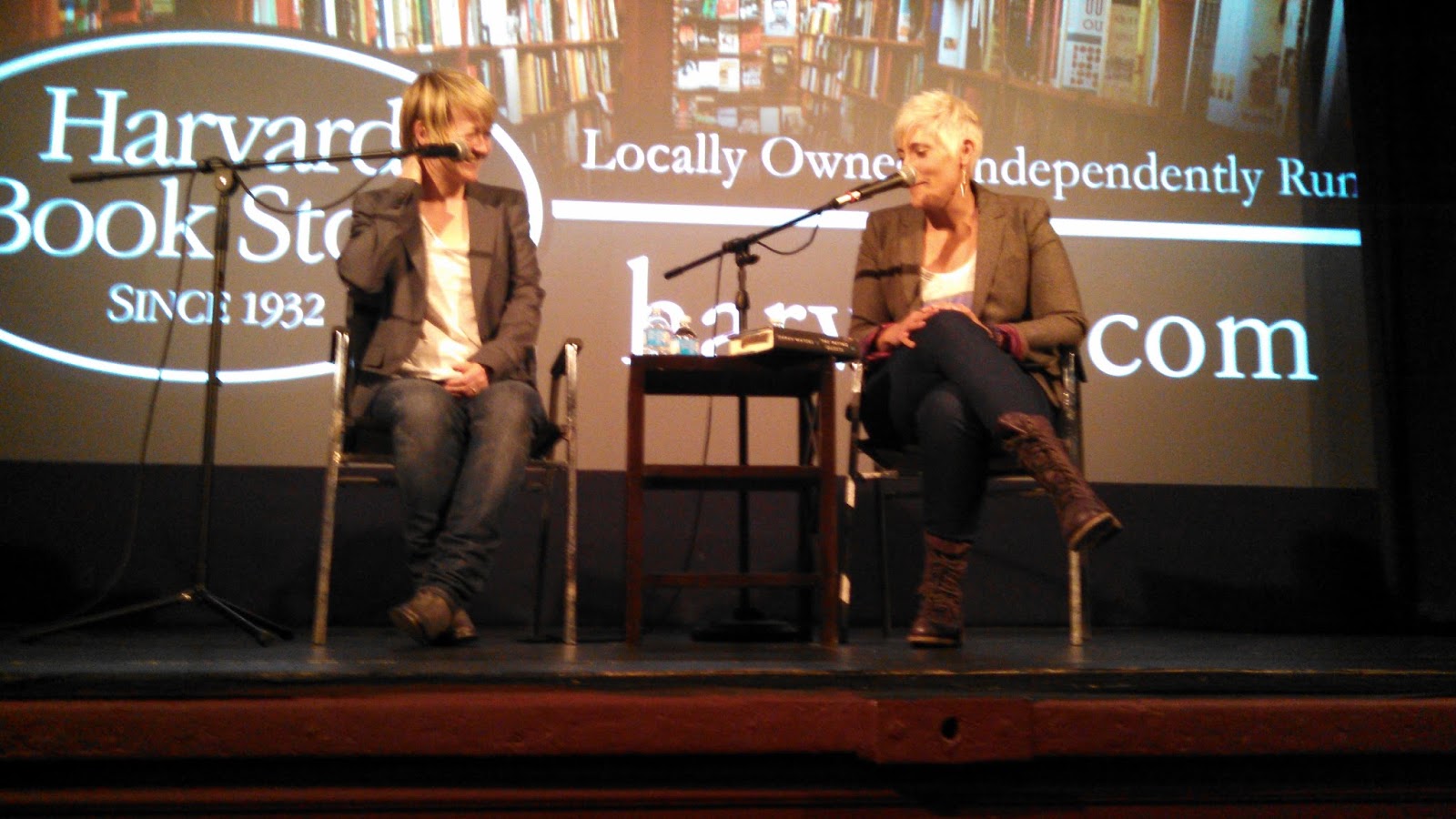 The unofficial start to my weekend of literary geekiness was last night, when I went to a reading with Sarah Waters.  (I was front row, center, literally, and it was heavenly.  As I squeed on twitter, we were breathing the same air!) Emily M. Danforth, a new-to-me author, did a general Q&A with Waters, which was deliciously fun -- lots of howls and laughter about lesbians and the sex in Waters' novels as well as discussion about her writing process.  Waters was wonderfully warm and generous with her replies, and both she and Danforth were pretty cute in their boots and blazers.

Even more gratifying, Maryanne O'Hara, author of my 2012 fav, Cascade, was there, too; recognized me; and came over to give me a big hug.  It was a lovely start to a wonderful night

This weekend, I'm reading Chrysler Szarlan's The Hawley Book of the Dead, which is deliciously fun. (Here's the opening line: On the day I killed my husband, the scent of lilacs startled me awake. How can you resist that?)  It's mostly set in western Massachusetts, a lovely coincidence given our weekend plans!

What are you reading this weekend?
fangirl squeeing meme weekend reads