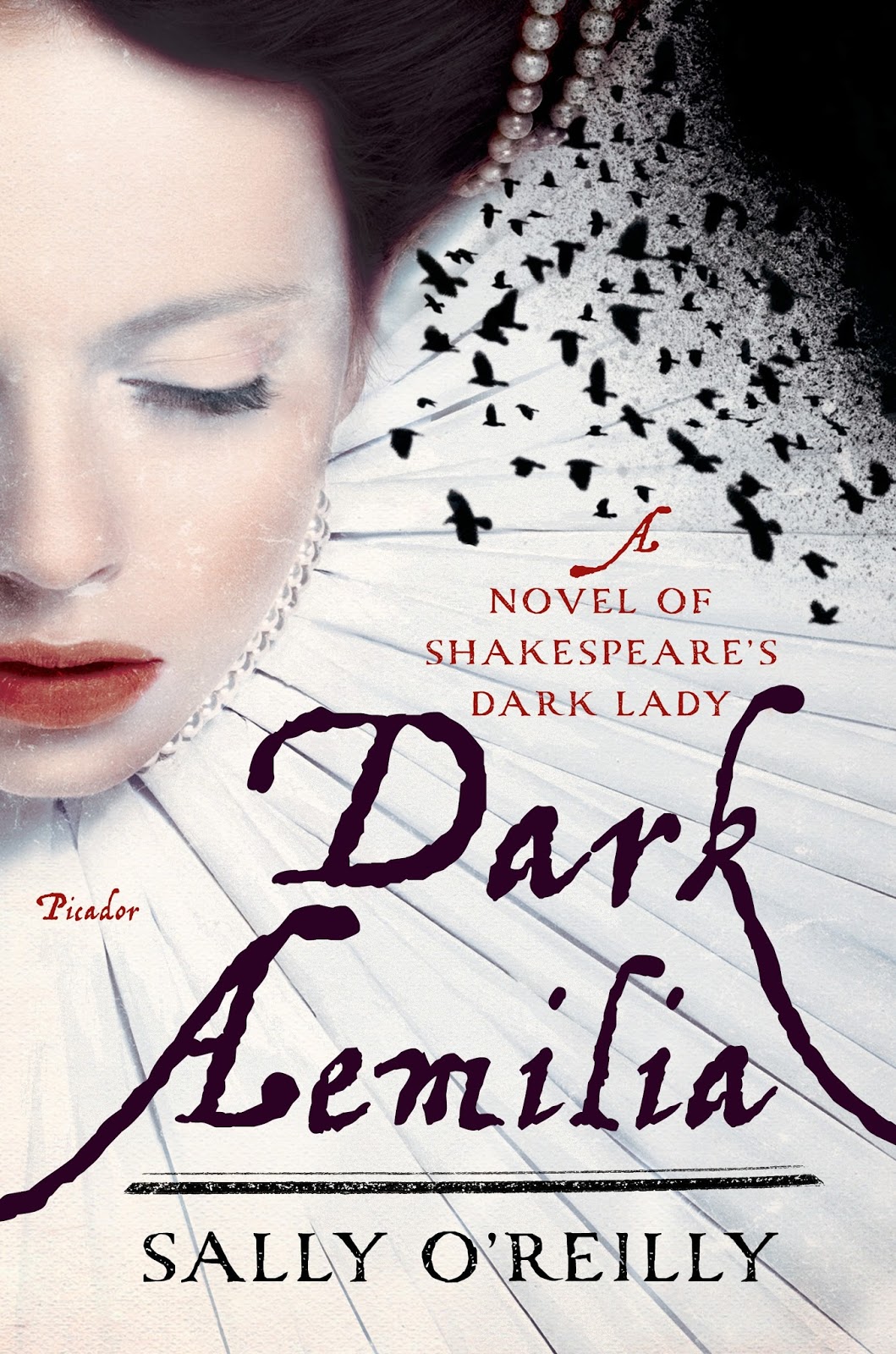 Rating: Liked greatly.
Did I finish?: Oh, I did.
One-sentence summary: A beautiful courtier -- who is also an aspiring poet -- recounts her tumultuous life, including her affair with playwright William Shakespeare and her dabbling with magic.
Reading Challenges: Historical Fiction

Do I like the cover?: I uh-dore it -- so dramatic and striking.

First line: I am a witch for the modern age.

Why did I get this book?: I love learning about obscure women writers.

Review: This bawdy, dramatic, and atmospheric historical novel brings to life Aemilia Bassano Lanyer, a nearly forgotten Elizabethan poet -- the first woman in England to be published -- who, in O'Reilly's hands, becomes a lover and muse to William Shakespeare -- the inspiration of his Dark Lady sonnets.

Set between 1592 and 1616 in London, the novel is narrated by Aemilia.  The young mistress of an older courtier, Aemilia is renown at court for her wit and beauty, and she catches the attentions of playwright Shakespeare.  But their affair leads her to a forced marriage with her cousin and she's removed from court, where she stews over improving her fortunes, pursuing her passion for poetry, and raising her son.  As the plague strikes London, Aemilia's focus shifts toward more dangerous territory as she explores black magic to save all that she loves.

This was the kind of book I dove into one morning and couldn't put down until I finished. Aemilia's voice is knowing, brash, and unapologetic.  She's hungry for her independence, frustrated with her useless husband and her writing, which doesn't match her aspiration. (How I can relate to that!)

Although Aemilia reads vibrant, real, and realized, sadly, the grand love affair between Aemilia and Shakespeare felt flat to me.  Thankfully, their affair is only a brief interlude in Aemilia's long and eventful life (despite the importance implied by the book jacket), and I was more caught up in her relationship with her son (especially as I had just found out I was having a boy) and her struggles as a writer.

I found the setting, while not specifically articulated in any detail, was well evoked -- I felt like I was in Elizabethan London, all the glittery and grimy parts of it.  There are some supernatural elements, especially toward the end of the story, which I quite liked; the hints of magic reminded me of those magical moments in Elizabethan works and touch upon the historical Lanyer's own writing.

The book is filled with marvelous extras: about ten pages of historical notes, a timeline, glossary of Elizabethan terms, and a list of suggested reading.

A delicious read of a long-forgotten writer, this is a fun historical novel for those who like fierce heroines, some vulgar language (Aemilia doesn't mince words!), fabulous sense of place, and plenty of drama.
Labels: * book reviews book rating - liked