Cover Reveal: A Study in Death

- November 06, 2014
I had the pleasure of meeting Anna Lee Huber at the Historical Novel Society's conference in St. Petersburg, FL in 2013.  We were both audience members at a panel and she had a fabulously striking manicure. That got us talking, and then I learned about her 19th-century historical mystery series. Her books are on my maternity leave TBR, and I'm delighted to share details about her fourth release, coming out next summer. 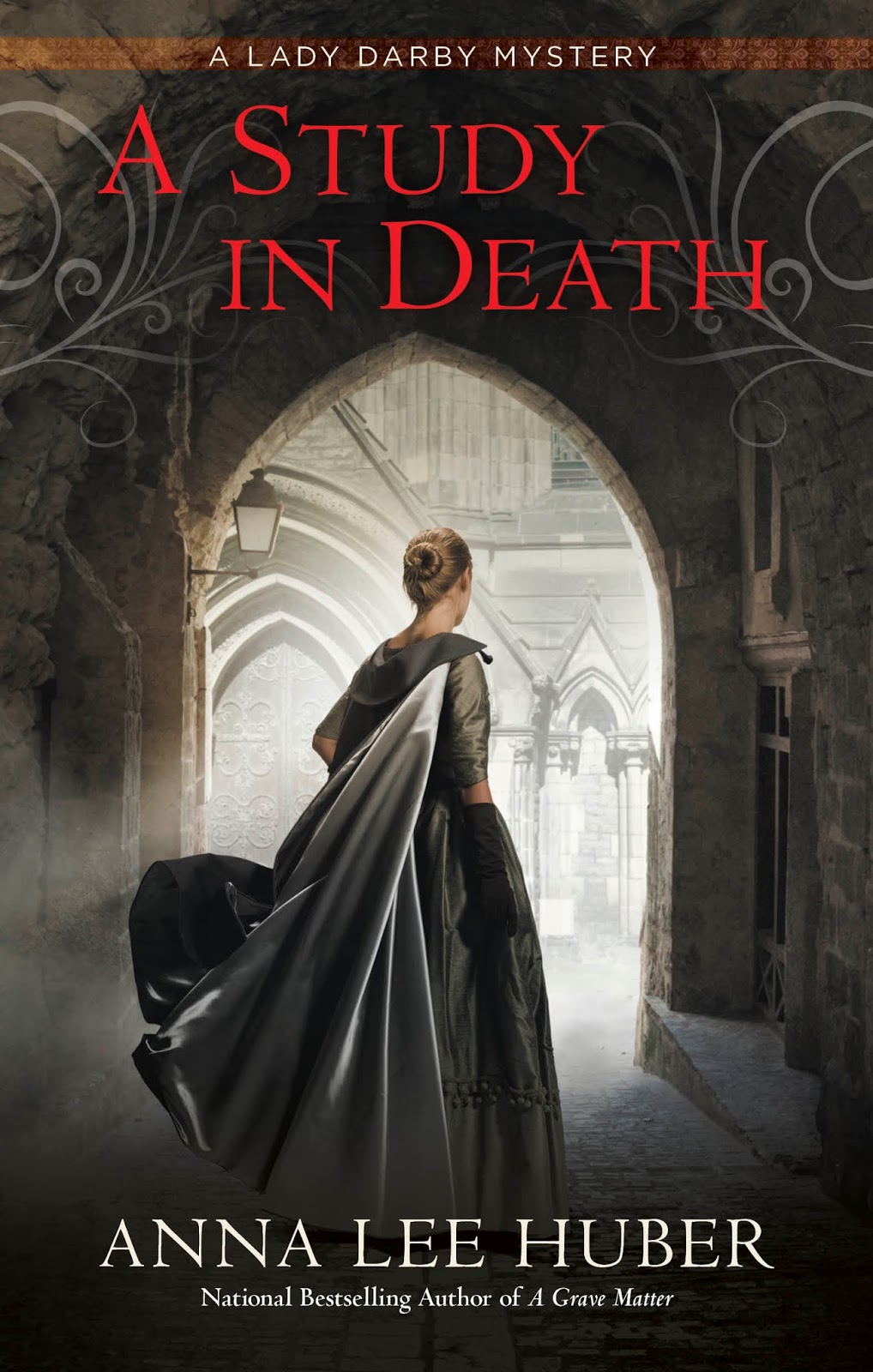 A STUDY IN DEATH is the latest installment in the award-winning Lady Darby mystery series by national bestselling author Anna Lee Huber. It will release on July 7th, 2015 from Berkley Publishing, but is available for preorder now.

Scotland, 1831. After a tumultuous courtship complicated by three deadly inquiries, Lady Kiera Darby is thrilled to have found both an investigative partner and a fiancé in Sebastian Gage. But with her well-meaning—and very pregnant—sister planning on making their wedding the event of the season, Kiera could use a respite from the impending madness.

Commissioned to paint the portrait of Lady Drummond, Kiera is saddened when she recognizes the pain in the baroness’s eyes. Lord Drummond is a brute, and his brusque treatment of his wife forces Kiera to think of the torment caused by her own late husband.

Kiera isn’t sure how to help, but when she finds Lady Drummond prostrate on the floor, things take a fatal turn. The physician called to the house and Lord Drummond appear satisfied to rule her death natural, but Kiera is convinced that poison is the real culprit.

Now, armed only with her knowledge of the macabre and her convictions, Kiera intends to discover the truth behind the baroness’s death—no matter what, or who, stands in her way…

To celebrate the unveiling of the cover of A STUDY IN DEATH, Lady Darby Book 4, Anna Lee Huber is running a giveaway on her Facebook page. Entrants must comment under her post displaying the cover of A STUDY IN DEATH for a chance to win a copy of the audiobooks of Lady Darby Books 1-3 (THE ANATOMIST’S WIFE, MORTAL ARTS, and A GRAVE MATTER). Please see post for Giveaway Terms and Conditions.