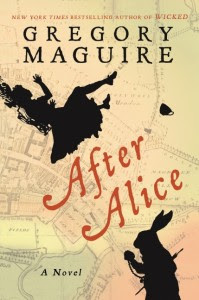 First line: Were there a god in charge of story -- I mean one cut to Old Testament specifics, some hybrid of Zeus and Father Christmas -- such a creature, such a deity, might be looking down upon a day opening in Oxford, England, a bit past the half-way mark of the nineteenth century.

Review: I wanted to like this book so much. I've somehow never read Maguire before, despite loving retellings, and given the slavish devotion so many have to Wicked, figured I finally needed to hop on the Maguire bandwagon. This book, however, was a massive fail for me, and I'm not entirely sure I'm going to attempt Maguire again.

This take on Alice in Wonderland follows Ada, an awkward and ungraceful playmate of Alice's, who stumbles into Wonderland, as well as Alice's older sister Lydia, who stays in the equally confusing real world.

Ada's story line -- a long bumble through the Wonderland -- was agonizingly slow for me. Maguire spoofs on Carroll's classic, and after a handful of pages, it triggered in me the same impatience with the nonsensical world that the original does. Worse, it felt as if it were going nowhere -- just cameo after cameo from the classic -- and in the end, I'm still not sure what the purpose of Ada's story was.

Lydia's story line was more intriguing, and I wish she had claim to the entire novel. A 15-year-old girl, now mistress of her home after her mother's death, floats uncertainly in her home. Her father is hosting the famous Darwin and a handsome American man. She imagines a courtship between them, but is treated by her father and the household staff as a child, tasked with keeping an eye on her sister, and the American's ward, a freed slave child named Siam.

In Lydia's story, there's an exploration of Victorian life for women, that challenging place between child and adult, the scars of slavery, and the clash of faith and science. But those exciting themes are only briefly tackled in the last 30ish percent of the novel.

I think I was frustrated with this book because I also found Maguire's style to be clunky to the extreme:


To a deity lolling overhead on bolsters of zephyr, however, the city rises as if out of some underground sea, like Debussy's La cathédrale engloutie, that fantasia about the submerged Breton cathedral rising once ever hundred years off the island of Ys. (Yes, Debusys is early twentieth century, but time means nothing to Himself.)


or bits like "sky could aspire to eternal bucholia" or "A vitality in the clouds suggested muscular air". I love me some tangled language but this felt so ornate and unnecessary.

Bottom-line: not a read for me, but maybe for others who love Maguire (and know what his style is like) and those who enjoy novels inspired by classic literature. 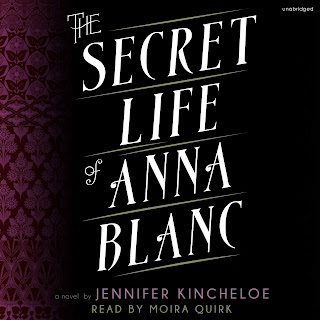 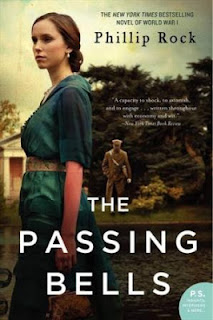 The Homecoming of Samuel Lake by Jenny Wingfield 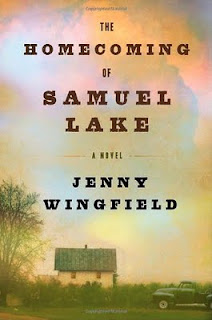 Rating: Liked a great deal.
Did I finish?: Yes -- I read this one morning on a day off, when I meant to browse it before getting coffee.
One-sentence summary: A year in a small Arkansas town brings troubles and triumphs to the Moses family.
Reading Challenges:Historical Fiction

Do I like the cover?: Yes -- it absolutely captures the feel of the novel, although guiltily I must admit I rather like the cover on my review copy.

First line: John Moses couldn't have chosen a worse day, or a worse way to die, if he'd planned it for a lifetime.

Did... I snortle at the children's names?: YES. Noble Lake, Swan Lake, and Bienville Lake. OUCH!

Did... I almost stop reading once or twice because of the…
Read more