Release Spotlight: The Book of Air by Joe Treasure

- April 20, 2017
As I mentioned in my Top Ten Tuesday post, I love books inspired by classic lit, and I'm really really excited for this new release, The Book of Air, which imagines a future in which society is governed by Jane Eyre (!!!). I'll be reviewing it in May. 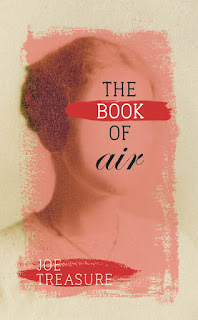 Retreating from an airborne virus with a uniquely unsettling symptom, property developer Jason escapes London for his country estate, where he is forced to negotiate a new way of living with an assortment of fellow survivors.

Far in the future, an isolated community of descendants continue to farm this same estate. Among their most treasured possessions are a few books, including a copy of Jane Eyre, from which they have constructed their hierarchies, rituals and beliefs. When 15-year-old Agnes begins to record the events of her life, she has no idea what consequences will follow. Locked away for her transgressions, she escapes to the urban ruins and a kind of freedom, but must decide where her future lies.

These two stories interweave, illuminating each other in unexpected ways and offering long vistas of loss, regeneration and wonder.

The Book of Air is a story of survival, the shaping of memory and the enduring impulse to find meaning in a turbulent world.


Add it on GoodReads 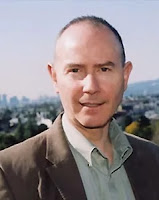 Joe Treasure currently lives in South West London with his wife Leni Wildflower. As an English teacher in Wales, he ran an innovative drama programme, before following Leni across the pond to Los Angeles, an experience that inspired his critically acclaimed debut novel The Male Gaze (published by Picador). His second novel Besotted (also published by Picador) also met with rave reviews. Learn more about him at his website and connect with him on Twitter.
release spotlight