- October 15, 2019
I am so excited to share my interview with novelist Susan Higginbotham. Although she might be most well known for her novels set in the UK, she's started exploring 19th-century America in her more recent books, including her newest, The First Lady and the Rebel. It's the gripping story of Abraham Lincoln's wife, Mary Todd Lincoln, and her beloved sister Emily, as they find themselves at the opposite ends of the Civil War. My review comes on Thursday but prepare for major squees. I loved this book!

Because I've been writing since I was a child, I can't remember, but I can tell you that it likely had something to do with cats. My first attempt at a historical novel, however, was when I was in junior high and started to write a novel about a family of orphans living through the Blitz. (Clearly, given the current vogue for World War II novels, I was way ahead of my time.) It didn't have much plot, as I recall, nor did it have much history, and I eventually gave it up for a contemporary novel about teens living in the Lower East Side of New York, which as I recall was set in the 1970s but was heavily redolent of the 1940s. It was pretty bad (S. E. Hinton I'm not), but it gave me something to do during study hall.

I would say my main writing ritual is procrastination. 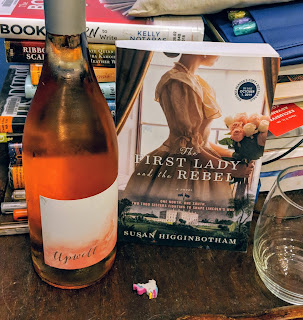 Was The First Lady and the Rebel the original title of your book?

Yes, it was! I was shocked because the publisher changed my last few titles. In fact, I was so certain it would be changed that I just titled the folder in my computer the generic "Mary and Emily."

As you were writing The First Lady and the Rebel, was there a particular scene or character that surprised you?

I wouldn't say anyone surprised me in the course of writing, because I knew both of my main characters pretty well when I began the novel, but I did learn some things about my characters that surprised me when I was researching. For instance, Emily Todd Helm was in most respects very much a woman of the Old South, but in 1911 she welcomed a suffragette meeting to its convention in Louisville. And I did find myself liking Mary a lot more as the novel progressed than I had at the outset.

Your previous novels took place in medieval and Tudor England; but more recently, you’ve moved to 19th century American history. What inspired the shift in era and place? Are there any thematic similarities between those eras? 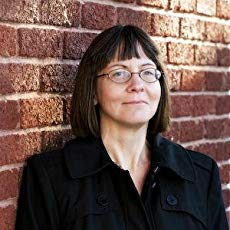 Initially, I made the change for purely practical reasons--I had proposed a novel set in Tudor England just about the time the Tudor craze was waning, so having read a nonfiction book about Mary Surratt, I made the proposal that became my novel Hanging Mary. After researching and writing that, I found that I really enjoyed writing about the nineteenth century. For one thing, there's a wealth of primary source material from that century, much of it readily accessible, and for another, it's the period in which my own literary heroes--Charles Dickens, Charlotte Brontë, Elizabeth Gaskell, Jane Austen--flourished, so I felt very much at home there. It also helped that I moved to Maryland and was within an easy drive of so many historical sites.

One thematic similarity is that both the medieval/Renaissance period and the nineteenth century were times of social change, internecine conflict, and upheaval, and, though we tend to overlook it, progress. Of course, they had a long way to go, but then so do we.

I enjoy traveling (especially when I can combine fun and research), spending time with my family, collecting old photographs, and collecting Barbie dolls. And I spend way too much time surfing the Internet.

One of the best books I've read recently was Hallie Rubenhold's The Five: The Untold Lives of the Women Killed by Jack the Ripper. As its title suggests, it tells the life stories of the Ripper's five victims, focusing on the women themselves rather than their murders. It's a grim reminder of how bad luck, bad choices, or both could (and still can) catapult a woman from an ordinary middle-class existence to utter destitution.

Another recent favorite is Claire Tomalin's The Invisible Woman: The Story of Nelly Ternan and Charles Dickens, about Dickens' secret mistress. It was published a number of years ago, but somehow, I didn't get around to reading it until recently.

Speaking of secret women, I thoroughly enjoyed Susan Holloway Scott's novel The Secret Wife of Aaron Burr, about the enslaved woman who gave birth to two of Burr's children--whose link to the duelist has recently been confirmed by DNA evidence.

Finally, I found Angela Lambert's biography The Lost Life of Eva Braun to be a compelling study of a rather ordinary woman who was drawn, disastrously, to one of the most evil men of our time.

My gratitude to Ms Higginbotham for her time and thoughtful responses.

The First Lady and the Rebel by Susan Higginbotham

A Union's First Lady
As the Civil War cracks the country in two, Mary Lincoln stands beside her husband praying for a swift Northern victory. But as the body count rises, Mary can't help but fear each bloody gain. Because her beloved sister Emily is across party lines, fighting for the South, and Mary is at risk of losing both her country and her family in the tides of a brutal war.

A Confederate Rebel's Wife
Emily Todd Helm has married the love of her life. But when her husband's southern ties pull them into a war neither want to join, she must make a choice. Abandon the family she has built in the South or fight against the sister she has always loved best.

With a country's legacy at stake, how will two sisters shape history? Susan Higginbotham is the author of seven historical novels, including Hanging Mary, The Stolen Crown, and The Queen of Last Hopes. The Traitor’s Wife, her first novel, was the winner of ForeWord Magazine’s 2005 Silver Award for historical fiction and was a Gold Medalist, Historical/Military Fiction, 2008 Independent Publisher Book wards. She writes her own historical fiction blog, History Refreshed. Higginbotham has worked as an editor and an attorney, and lives in Maryland with her family.